Originally from St. Louis, MO,  Tanya Alexander is a high school valedictorian and Summa Cum Laude/Phi Beta Kappa graduate of St. Louis University’s theatre program.  Also and AMDA New York graduate, Tanya is a diverse performer, actress, dancer and choreographer, who has appeared in countless television, radio, web, film and theatre productions.  Credits include: The Wiz national tour, the Tony award-winning Clybourne Park, In Dahomey, The Brown Betties, Center Theatre Group’s Nothing But the Truth, the Tombraider video game, and many other theatre, film and cabaret projects.  As a dancer and choreographer, she has performed with numerous recording artists including Missy Elliot, Joe, Carl Thomas and a host of others.  She has dance and choreographed with the Madonna Grimes Dance Team, Avodah Dance Ensemble, SLU Baby Blues, Impact Repertory Theatre, Citykids Repertory, the NBA Summer League, Theatre of Hearts-Youth First and her own SuperNova Dance Tours.  For her dedication to the community she was honored with the keys to the city of her hometown, Jennings, MO.  A Hollywood Black Film Festival and Santa Monica Film Fest award winner, Tanya has produced numerous dance competitions and live shows, and continues to teach kids and adults as a private dance instructor.  Tanya lives by the self-written credo: “Of the Strong & Trustworthy a Champion is Found.  My Life, My Way, Unbound…”

"Young Choreographers Project has impacted my life so consistently in that it has heavily contributed to who I've become as a person. This program allowed me to push through boundaries and do things I never thought was possible." - Allyssa, Young Choreographer

Give Young Dancers a Voice

Give the gift of Self-Expression to young dancers! Make a donation today. 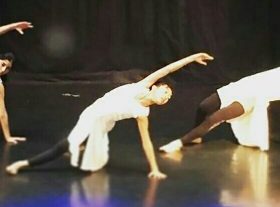 For More Information:
Email Us at info@ycpla.org.